This book is temporarily out of stock - we are happy to accept your preorders.

In 1878 the great American writer Mark Twain and his family spent a few months in Heidelberg. He returned to this beautiful city several times - to learn German and for inspiration. In his book "A Tramp Abroad" he wrote extensively about Heidelberg: the castle, the student life, a raft ride on the Neckar river, a visit to the opera, about being a stranger in a strange land and much more. His essay about "The Awful German Language" is believed to be one of his sharpest essays ever. It is included in this book. Twain definitely loved this place and reading his stories today opens up nice perspectives of Heidelberg.

Werner Pieper followed Twain's trail and he has updated all the infos about famous and interesting places that Twain wrote about. He has added a little history about Heidelberg and its relation to the United States - from the German emigrants in former times to the presence of the U.S. Army today. Read about President Eisenhower's heritage and learn about the beautiful spot, where Mark Twain wrote chapter 16 of "Huckleberry Finn".

From the contents:
- Francfort
- Heidelberg
- The Castle
- Student Life
- The Student Prison
- At the Students' Dueling Ground
- In the Opera
- Going to Heidelbeeg on a Raft
- Down the River
- Hirschhorn
- Dilsberg
- The Awful German Language
- Heidelberg and the United States of America

"Editors rarely put so much fun, wit and love into a book ... like Werner Pieper did here." (Rhein Neckar Zeitung)
"Werner Pieper is the information shaman of Highdelberg." (Timothy Leary) 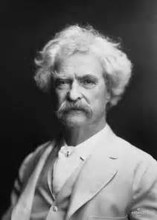